Amazing photos of physics in action. 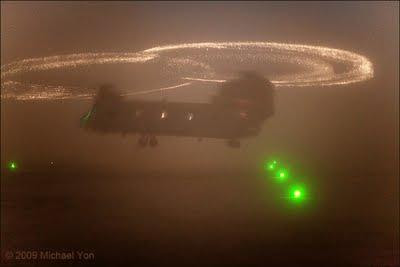 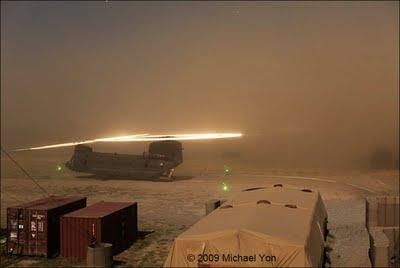 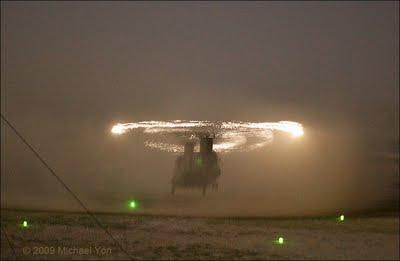 When helicopters pass through dust storms, contact of the particles with the rotating blades produces either sparks or static electricity.

The phenomenon has been observed during combat operations in Afghanistan; Michael Yon has documented the effect, and has named it after two U K Soldiers who died there. "Kopp-Etchells"

When operating in sandy environments, sand hitting the moving rotor blades erodes their surface. This can damage the rotors; the erosion also presents serious and costly maintenance problems.

The abrasion strips on helicopter rotor blades are made of titanium, which is very hard, but less hard than sand; so when a helicopter is flown near to the ground in desert environments abrasion occurs, and at night there is a visible corona or halo around the rotor blades, caused by the sand hitting the titanium and causing it to spark and oxidize .

Note that these photos are under copyright by Michael Yon.
Posted by zeppo at 10:46 AM