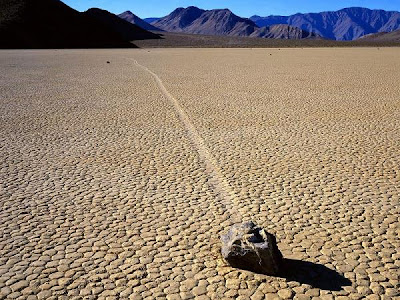 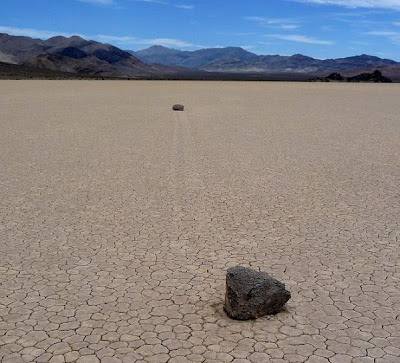 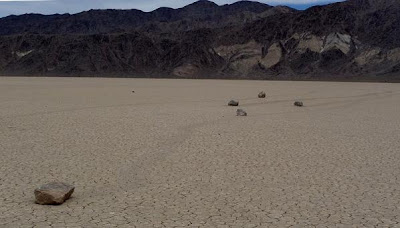 However, I am not totally convinced about this. If the incoming water has enough power to push the stones around for many hundreds of feet, then why isn't it powerful enough to also wash away the tracks in the mud?
Posted by zeppo at 9:00 AM