How close are we really getting to a Soviet style state here in the U.S.? 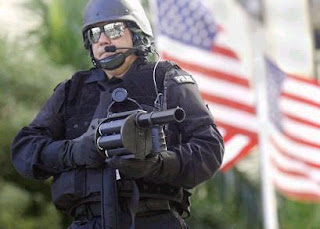 It seems as if, every day, we get indications of how the Bush administration is taking the government, supposedly “for the people and by the people”, and making into an instrument that is meant to control the general population. The scandal, that is still mostly untold in the mainstream media, about the telecoms listening in on conversations and reading e-mail of private citizens without warrants is still unfolding, with many people dedicated to not letting what happened really get out. We hear stories about the government wanted to know what books we check out of the libraries or a recent story about the government wanting Amazon.com to relinquish the lists of recent purchases, by regular citizens.

This government we have is obsessed with the idea that they must spy on its own citizens. Why they think they need to do this, in many cases what seems to be a clear-cut case of breaking the law, is a mystery. And, based on some recent reports, many of these activities started occurring BEFORE 9/11. That is, Bush and his cronies decided they must spy on the citizens of the U.S., in violation of the law and without even any evidence that any wrongdoing has occurred. They are just snooping around, just in case they might turn something up.

Here is the lastest outrage, reported by, naturally, the Telegraph in the U.K.

A scheme to train firefighters in major cities to look out for terrorists has raised fears that their iconic standing in American society could be damaged.

Unlike police, firemen and paramedics do not need warrants to get into homes and other buildings during technical inspections of emergency facilities, making them particularly useful for spotting signs of terrorist planning.

The Homeland Security Department has been secretly testing a pilot scheme in New York in which firefighters are trained to identify suspicious material or behaviour. If successful, the programme will be extended to other large cities.

However, the American Civil Liberties Union (ACLU) says that using firemen to gather intelligence is a step toward limiting people's privacy

He said that Americans "universally abhorred that idea", adding: "If in the conduct of doing their jobs they come across evidence of a crime, of course they should report that to the police. But you don't want them being intelligence agents." The plan would be particularly hazardous in communities already under police scrutiny, he said. "Do we want them to fear the fire department as well as the police?"

Do the people instituting these programs not understand how much it makes us look like the old Soviet Union? Do we really want a society where everyone must be concerned about being spied upon by the government? Here we have the federal government training local firefighters to gather potential evidence of “un-American activities”.

The standard bromide given by the right on this is, of course, something like, “If you aren’t doing anything wrong, then you don’t have anything to worry about.”

This is a very strange stance by the same people who won’t give an inch on any of their issues, such as gun control, as they see it the beginning of the government restricting their rights. It’s the old “camel’s nose under the tent flap” argument. If you allow the camel to poke its nose under the tent, pretty soon, the entire camel is in the tent. That is their argument. Yet, here they are, defending the right of the government to investigate, without warrens and in total secrecy, any aspects of our lives that they feel like.

I am of the belief that the right thinks like this because they believe the government will only be using this power on people who really deserve such scrutiny, such as all those scary brown people who are out to knock down our skyscrapers, take our jobs and make everyone speak Spanish. They cannot even begin to fathom that this power, once unleashed, is a genii that will not be put back in the bottle easily. Once things go under the cover of secrecy and without any checks and balances to make sure that unlimited power is not abused, things tend to get out of control very easily. I also firmly believe that many on the right are for giving this power to the government, as well as for supporting torture and suspending the right of habeas corpus, for the sole reason that their political opponents, those “evil liberals”, those dirty f**king hippies, are on the other side of the argument. I swear, I believe that if liberals starting arguing that the sky is blue and the sun will come up tomorrow morning, the far right conservatives of this country would feel compelled to disagree in a vehement fashion, and probably accuse us of being unpatriotic and giving comfort to the enemy, just for good measure.

I, for one, do not want to live in a redo of the Soviet Union or East Germany. We better wake up to what is going on around us.
Posted by zeppo at 9:10 AM