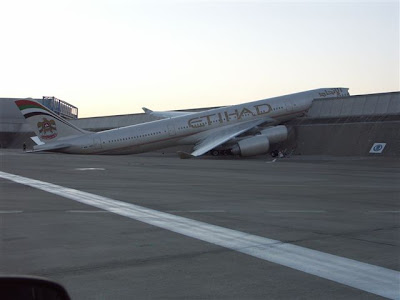 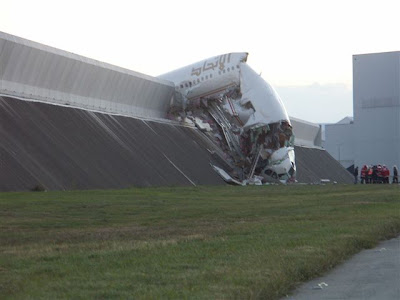 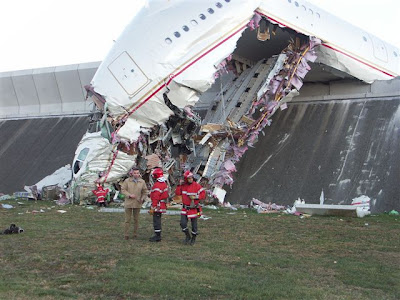 The report I read on this incident said that this was a brand new airplane at the Airbus facility at Toulouse, France, yet to be delivered. The technicians were doing what is called an on-ground engine run. That's pretty standard stuff. However, "the plane started moving at a slow speed" and soon thereafter, impacted the retaining wall. The damage to this airplane looks like it was moving at a bit more than a "slow speed".

It's lucky that there were only several minor injuries.
Posted by zeppo at 9:58 AM