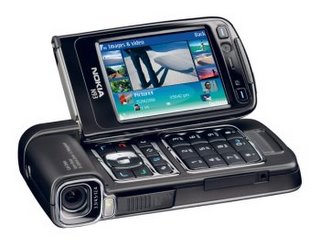 That’s my theory. I have no proof to back this up. I claim no special insights, other than direct observations about my fellow humans. And it may not be “stupid” as much as it might be things like “easily distracted”, “self-centered”, “lazy” and “impatient”. “Stupid”, although grammatically not correct for the concept I am trying to get across, is my way of lumping all those other terms, and more, into a single, all-encompassing, easily understood, high impact word. I think “stupid” works.

I am not certain where I think that the current technology overkill originates. Certainly, the constant pressure on industry to come up with yet one more “bright shiny thing” that becomes the next “must have” item on store shelves contributes to this. Corporations are flooding the market with high end, high profit gadgets of all types, marketing them to teenagers, young adults and other with expendable income at the ready. If you keep waving bright, shiny things in front of people long enough, they will eventually decide that they really need to have it. In other words, demand didn’t cause the product. The product came first, then the demand came in a rising storm for things that people didn’t even know existed, but yet had to have once they found out about them.

However, I also think that the consuming masses are just ripe for this type of manipulation of demand. People these days, young and not-so-young alike, desire to be distracted. They don’t want deep thought. They desire something new and different, something to impress friends and build up their own self-esteem by owning something that no one else has. This fits in very nicely with the overall trend of our society toward ever-flashier, ever-faster moving assault on our senses just to get our attention. Even something as simple as a razor (shaver, not the cell phone), with which one accomplishes the menial task of shaving whiskers from one’s face, must have an advertising campaign more worthy of Ferrari racing team than an cheap instrument with sharp edges that you use once a day for three minutes.

In other words, the consuming masses are already primed for the “newest”, “hottest”, “trendiest” (aka, NHT) item by the overall trends in society. It doesn’t take a marketing genius to figure out a way to see these mostly high-end, technologically advanced gee-gaws to the masses. Owning these items, whatever they might be, gives the owner a sense of satisfaction that they own the NHT item. It is an ego-stroking experience. At the same time, it gives the owner something to focus on, rather than the very real, very pressing issues that confront our society. “Don’t have time to worry about global warming! Gotta go home and set up my new flat screen, hi-def TV with Surround Sound ™!”

I think the full-scale explosion that is going on in hand-held, portable devices provides a good illustration. I can accept that a small, totally portable telephone that you can use whenever and wherever you happen to be is a wonderful advance. Great device. People are not always at home to take phone calls, especially not in these hectic days. Being able to take a phone call while waiting in an airport for your plane or while at your son’s Little League game is invaluable. However, just because they could do it, telephones constitute only a portion of what is now available. You can send a text message to someone. You can talk with them via a “walkie-talkie”. You can play video games. You can take and send pictures and short movies. You can download movie trailers from the latest Hollywood offering and view sports clips from yesterday’s big game. You can download your e-mail, send an e-mail, coordinate your schedule, ad infinitum. Phone calls? So 1990’s…..

My question is, do consumers actually NEED all these abilities? Or are they just more bright, shiny, distracting things? I once saw a scene that has stayed with me. It was a normal enough thing; just three young girls walking down the sidewalk after school one day. However, all three of them were yakking away on their cell phones. It just seemed to me that, if they were close enough to hang out with each other, they should maybe just talk among themselves. Perhaps? Or is the method of communication, i.e., the NHT cell phone, more important than what you are communicating and who you are communicating with? I have seem people, usually younger females, talk for long periods of time during a live sporting event. I was thinking, “Just why did you come to this game, since you seem so terribly uninterested in what is going on?”

And this is just the “telephone” part! I cannot, for the life of my, fathom why industry is busy constructing a hugely expensive, highly capable wireless system across the country so that people can download movie clips or sporting highlights. They could watch those at home, or at their nearest movie theater. Sure, I am being unfair, but only to a point. Many businesspersons use wireless connections for their laptops to actually do work while away from a desk-bound workstation. But a large percentage of the country’s very expensive, high-end, technological-dependent infrastructure seems to exist only so that 15 to 28 year olds can amuse themselves with very expensive, high-end, technological-dependent toys.

We’re hooked on technology. We have to have it, and we have to have the NHT, right now! I have heard second and third hand accounts, and read articles, about people who actually start suffering physical withdrawal symptoms and emotional anguish is they are not able to use their latest NHT device. Network down? Can’t check your e-mail? Full-blown crisis mode! It doesn’t seem to occur to people that they can wait until they are back at the office. The world is not going to come to an end if you can’t check your e-mail RIGHT NOW. Working people back in the 1980’s actually made do with typewriters and a hand held telephone that could crack a skull if you hit someone in the head hard enough with it, and we seemed to make it out of that decade O.K.

If religion is the opiate of the masses, as Karl Marx once pronounced, then technology seems to be a close second. Or, another way of looking at it might be more of Caesar’s “bread and circuses”. Lots and lots of nice, shiny, distracting things, so the population won’t see what is going on in plain sight if they would just pay attention to the magician’s other hand for a while.
Posted by zeppo at 7:06 AM