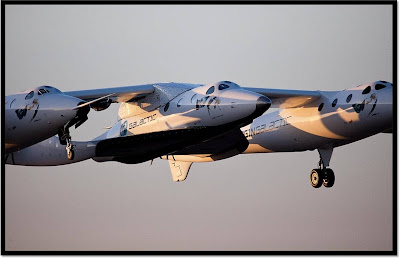 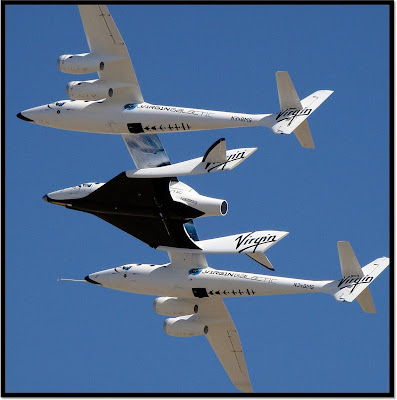 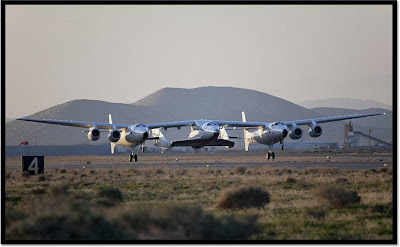 Virgin Galactic, the private aerospace company founded by billionaire Richard Branson, successfully tested the passenger space-plane SpaceShipTwo today. SpaceShipTwo (SS2), is also called the Virgin Space Ship Enterprise, or VSS Enterprise, an obvious tribute to another space vehicle of some note. SS2 was carried to 45,000 feet (13.7km) by its mothership, named WhiteKnightTwo (WK2), or 'Eve', after Branson's mother. In this initial 'captive carry' test of the space plane, it remained attached to the mothership for the duration of the flight.

The SS2/WK2 combo took off from a runway at the Mojave Air and Space Port in California, and flew for approximately three hours over the deserts of the Antelope Valley. SS2 is a prototype passenger vehicle that is designed to take astronauts to suborbital flight. If the remaining tests go as planned, it will eventually take a crew of two pilots and up to six passengers to the edge of space, at just over 100km (62 miles).This may happen as early as the end of 2011.
Posted by zeppo at 7:10 AM