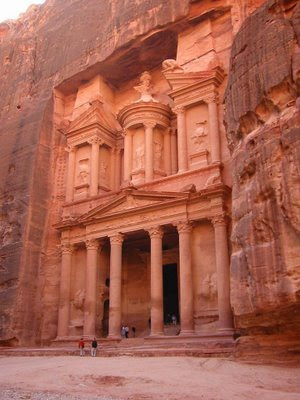 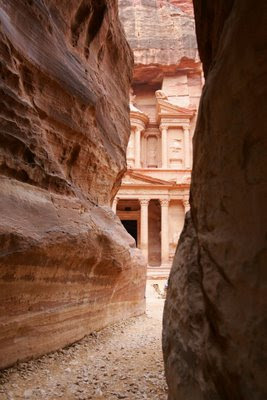 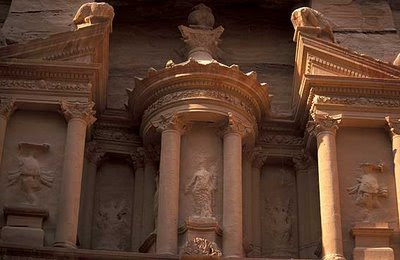 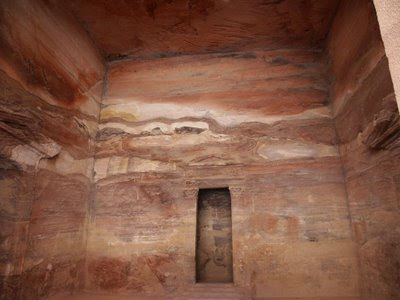 Petra is an archaeological site in Jordan famous for having many stone structures carved into the rock. One of Petra's most magnificent structures is the Treasury (Al Khazneh), a building carved in sandstone cliff. Incredibly, most of the buildings in Petra were carved right into the face of the rock and incorporated the numerous caves within the cliffs.

This probably looks familiar to many people, as the Treasury has been feeatured in several movies. The most famous one, of course, would be Indiana Jones and the Last Crusade. It was also used as a setting in Ray Harryhausen’s Sinbad and the Eye of the Tiger.

I obtained these pictures from a very interesting blog called CrazyTopics, which unfortunately seems to have gone inactive.
Posted by zeppo at 4:40 PM