Grumpy thoughts on a Sunday morning. 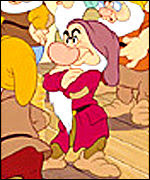 I am sitting here, in front of the computer, not certain what I am about to write. Maybe I’ll think of a good title for this after it is written.

Things are just so unsettled and uncertain; it’s hard to know what exactly to be upset about. Everything, really, but it’s difficult to write a post complaining about everything. Writers need to be a tad more specific in their subject matter. But, it’s Sunday morning and this is as good a way to fill the time until everyone gets up and gets going as any.

I can’t help but think of the United States as a decaying power, maybe similar to Rome during the reign of Caligula or Nero. Despotic rulers who are out of touch with the realities of the general population and always used to getting their way, a powerful, militaristic nation used to throwing its weight around their empire, a decaying vision of the future… Bread and circuses. That’s what we have here in the United States. Most of the “ruling classes”, i.e., politicians and the media, seem to want to feed us circuses all day and all night. Lindsay Lohan, Brittney Spears, Paris Hilton, the latest missing beautiful young white woman; that seems to be what the media wants to feed us to keep us happy. God knows, who thinks that we really would like insightful, probing fact finding in our news reporting. That certainly doesn’t seem to be media’s first, or even fourth, obligation these days. And government, all they want to do is keep us terrified so that we will shut up and let them do whatever the hell they want to, in the name of “security”.

It’s difficult for anyone to see a developing situation while they are smack dab in the middle of it, but that’s what is going on now. This country hardly manufactures anything anymore. We buy crap from everywhere in the world that is willing to produce goods or services cheaper than in the U.S. The only thing that the United States does well is consume. The basis of our individual wealth (those of us without huge stakes in the stock market, of course) is the value of our homes. Many people have been enticed into cashing out that value, buying more stuff, and then having little or no equity in what used to be thought of as the bedrock of our individual wealth. The banking and lending industry has gotten so greedy that they have destroyed the system by which we finance the purchase of these homes, and it now threatens the stability of world monetary markets. Just think, greedy, unscrupulous lenders who wanted (and continue to want) nothing more than making a quick buck may ultimately be responsible for causing the elaborate house of cards we have built, commonly referred to as our economy, to come crashing down around our ears.

All the fixtures upon which this country has depended upon now seem at risk. George Bush thinks the Constitution is just a “go**amn piece of paper”, and acts like it. Habeas Corpus is gone. Spying on innocent civilians is the norm, in the hope of catching someone doing something that the ruling class doesn’t like. That could be someone trying to form a terrorist sleeper cell, but it also could be a neighborhood group planning an anti-war protest. Cheap and plentiful energy seems to be on the way out. Cars and the gasoline to run those cars may become the symbols of the upper ruling class. Everyone else won’t be able to afford them. Jobs are not safe, because they are being shipped overseas where bloated, multi-billion dollar corporations see the promise of eking out a few more percentage points of profit, at the expense of working Americans. Corporate pensions for a lifetime of service are a thing of the past. Affordable healthcare is also almost a thing of the past. Even the environment we have always counted on as being stable seems to be on the verge of major changes, to the extreme detriment of stable civilizations.

This is a hard thing to live with. I find it increasingly difficult to find any joy in any aspect of life, when I see the ramparts of the castle crumbling. I hope I am wrong, but I can’t help but think we are on the downhill run, picking up speed as we go, and the end may not be at all pretty.

But hey, there's always the latest meltdown by Brittney Spears! Watching someone more famous and rich than us, screwing up their lives in public, is always good for making us feel better about ourselves.
Posted by zeppo at 9:54 AM