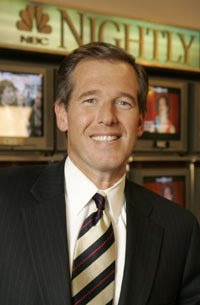 There are many, many bloggers who have been writing about this phenomenon. Digby is just one, here is an example of her fine work. Anything I am about to say here will be done somewhere else much better. But I really have to get this off my chest.

The mission statement for the media, both print and television, has changed dramatically since the 1960’s. I don’t know exactly when it was. Many people point to the presidency of Ronald Regan, when “government” became a bad thing, something to be mistrusted and campaigned against. The Washington Post’s role in exposing what was going on behind the scenes in Nixon’s White House was probably the last hurrah of our traditional press. The mission statement then was to critically examine issues and to bring to light things that others didn’t want the public to see.

1. To support the objectives of the ownership of the press outlets, which are giant corporations such as ABC/Disney, and who have vested interests in governmental policy decisions.

2. To entertain a largely uncritical audience that is more interested in trivial and personal items, rather than hard news which may be difficult to understand and will probably conflict with many people’s predetermined beliefs.

3. To maintain the status quo. In other words, don’t rock the boat.

4. To appear “even handed”. This is taken to such an extent that facts on one side will be downplayed and obviously ridiculous opinions and unsubstantiated statements offered as “proof” are broadcast/printed, just so “both sides” of a story can be offered.

5. To stay in the good graces of governmental contacts. This is taken to such an extreme that we have people like Tim Russert (Top Dog at NBC news) saying, under oath at the Scooter Libby trial, that he always assumes anything that any of his contacts tells him is automatically “off the record”. He will only go public with the offered information if it is specifically stated that he can go public with it. Keeping access and being considered to be part of the “In Crowd” is much more exciting and ego-boosting than to actually ask hard and potentially embarrassing questions.

6. To be cheerleaders for the country, especially when it comes to military action.

None of these really involve “informing the public”, and all benefit the ruling party, which is and has been the Republican party. Yes, there is some very good investigative reporting being done. What is very frustrating, however, is that when such reporting IS done, it usually goes ignored and other news outlets rarely pick up the story. This is especially true when the story in question is negative for Republicans. However, if it is something that can be used against the Democrats, then it immediately is repeated and amplified, like dropping a small stone in a pool of water. The disturbance goes far and wide.

It is so obvious to anyone paying attention that the media is, and has been for some time, falling down on their primary job. This country cannot really exist as a democracy without a healthy, skeptical fourth estate, just as a democracy cannot exist without an engaged, informed public. In so many ways, this country is starting to resemble those who we once held in such contempt; the Soviet Union, East Germany, many Banana Republics in Central and South America. Almost every aspect of the major media outlets is skewed toward the Republicans and Big Business, it is impossible to miss, unless that person also has a stake in maintaining the status quo.

I have no idea what it will take to turn this around and get the press to fulfill its main obligation. It is probably too late, given the factors involved. It will probably take something of a revolution or a very dramatic upheaval in this country to get things to change. And, given the state of affairs, I just do not see this happening. Corporate America has too much invested in Republican rule and there are too many people in power or with their hands on the purse strings who are quite happy to keep the public ill-informed and docile.

Photo of Brian Williams from CBC web site.
Posted by zeppo at 8:13 AM