Conservatives like country and gospel music, hate jazz. Why don’t I find that surprising? 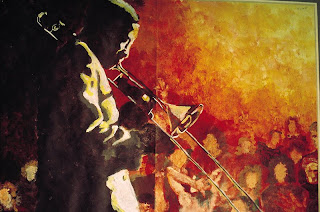 There is a very interesting post up at Down With Tyranny about the musical preferences of conservatives and liberals. The bottom line is that we may have a new litmus test for conservatives and liberals. Pro-life? Pro-choice? Think that torturing people without charging them with anything is abhorent or a moral imperative? No, it's none of those! It's the music you like! Here is a bit of that post.

• Out of 15 musical genres, conservatives were more likely than the rest of the respondents to listen to only two of them: country and gospel. What genre are they least likely to listen to, compared to the rest of the respondents? Not punk or hip-hop, as you might expect, but world music. World music is also the music genre where we see the greatest difference between conservatives and liberals.

• Liberals, on the other hand, are more likely than other respondents to enjoy almost every music genre, including world, punk, Latin, hip-hop and rap, blues, reggae, electronica, R&B and soul, jazz, folk and traditional music. Rock was the most popular genre among liberals (67%).

So, let me try this new litmus test out on me. I like jazz. Check. Folk and traditional? Check. World music? Yes, I have some, not too much, but I still put it in my “like” category. Check. Rock. Check. Except REO Speedwagon. Hated them. They were overly pretentious to the point of being ridiculous. Blues? Well, some. Some female blues singers can cause a meltdown, with the right song. Latin? Yeah… Brazilian music is fine. About the only thing on that list that I am not really into would be reggae, punk and rap. Country? Well, I think it is mostly overly emotional crap with really twangy pedal steel guitars and male performers seem to be required to wear cowboy hats. There is some cross-over country that is pretty enjoyable, and I do like some of the Dixie Chicks, for no other reason than they have the guts to say what they think. But overall, I would put Country down for a big whopping no. Gospel? Uh… Not really. Atheists, for the most part, probably don’t listen to gospel music much.

Guess that makes me one of those damn liberals.
Posted by zeppo at 6:22 PM