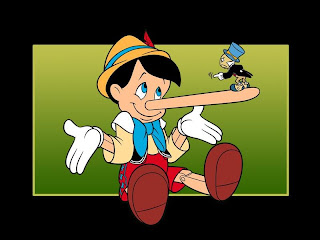 The people who inhabit Universe Bush do not seem to function with any semblance of any of the following:
- Logic
- Memory
- Shame
- Embarrassment
- Guilt
- Conscience
- Morals
- Truth
- Fairness
- Humanity

How else can you explain the following (via Dan Froomkin) from Rove’s interview on the Charlie Rose program?

Yes, exactly. Congress rushed Bush and his band of insane neocons into a war with Iraq that they didn’t really want, all because Congress authorized the use of force against Iraq. Bush really wanted to give Hans Blix more time for his search for WMD. It was that dastardly Congress who really should be blamed! (And Rose should be banned forever from interviewing anyone on television, ever again, just on the basis of that spoon fed question.)

I really do feel I have ended up (to mix Disney movies if not metaphors), just like Alice, down the rabbit hole. This is an example of why I find it so hard to write anything for this blog anymore. To really get up and complain about something, you sort of need some sort of expectation of logic and fair play. With Bush and his cronies, we might as well be complaining that black holes aren’t logical, for all the good that would do.
Posted by zeppo at 5:23 PM