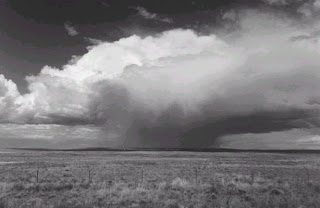 There is a very familiar stage play and film of that name. (No, not the John Grisham airport novel one. The one with Burt Lancaster.) The basic premise is that if you were to go around to enough places and charge people to make it rain, you can either get the money, no rain happens and then you bug out before things get too bad. Or, you can hit the jackpot, it rains and people really do believe you can make it rain. Please note that either one of these possibilities makes you a con man. In neither case, do you expect to actually make it rain. You are just taking advantage of the probable outcomes.

I am wondering which one Governor Sonny Perdue of Georgia is. From Crooks and Liars:


What to do when the rain won’t come? If you’re Georgia Gov. Sonny Perdue, you pray.

The governor will host a prayer service next week to ask for relief from the drought gripping the Southeast.

“The only solution is rain, and the only place we get that is from a higher power,” Perdue spokesman Bert Brantley said on Wednesday.


Then again, it might be that the good Governor really does believe that if he prays to God, God will make it rain and therefore avoid the responsibility of having government, which is administered by humans and not cherubim, actually having to take real actions to address real problems. After all, as all good Republicans know, government is the cause of all problems and cannot be counted on to fix anything. Therefore, Master Sonny might actually just be skipping the formalities and skipping directly to the final step. Pure desperation. Maybe if he were to sacrifice a white bull, or throw in some goat’s blood. If you are going to try to appeal to God, you might as well really try to get His attention.

Grover Norquist just might not have any water with which to fill his bathtub.
Posted by zeppo at 8:10 AM