Insane? Or do they just not care? 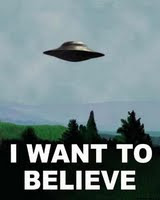 One definition of insanity that I have always heard, which I believe is attributed to Albert Einstein, is to keep repeating the same action over and over, with the expectation that the results will be different. That certainly applies to conservatives these days. They keep “doubling down” on the strategy that requires them to really appeal to their identifiable base; the angry “tea-baggers” who require Republicans to attack Democrats on every single issue, whether that issue has any substance or not. The percentage of people in this country who identify themselves as Republicans is now down to around 20%, Republicans have lost the last two national elections, poll after poll show that satisfaction with the Republican brand is way down. Yet, the conservative element demand ideological purity, and even someone like Lindsey Graham are labeled as traitors if they vote with the Democrats on anything.

Another definition of insanity, this one of my own making, goes something like this. Someone keeps going completely ape-shit over every single little thing. Some of the issues might be real issues where there is some room for true disagreement on the issues, some are completely bogus or made up. And some criticisms, which usually elicit the biggest ape-shit reactions, are for things that the Republican Party itself did under the Bush administration or continue to do to this day. Karl Rove is a great practitioner of this particularly tactic.

Yet another definition of insanity might be along the lines of someone who continually criticizes others for not following along with their policies and ways of thinking when a) their party has been booted out of office and they are in the minority, and b) the policies they have been advocating have already been proven to be disastrously wrong. A good example, of course, is Dick Cheney and his attack dog daughter, about Iraq, about Afghanistan, about torture, about Gitmo…

All of these definitions of insanity can currently be applied, in spades, to modern conservatives. Yet, they continue to do all of these things. Why? Do they actually not understand that, eventually, everyone stops listening to Chicken Little, especially when Mr. Little’s motives are obvious? Someone cannot make every new “issue”, real or imagined, into a catastrophe in the making when the next day or week, they forget all about that issue and jump into the NEXT new potential catastrophe. Eventually, even the most fervent believer is going to stop believing. To the rest of us, they seem to resemble the spittle-flecked doomsayers ranting on a street corner about the end of the world in the loudest voice possible using the most dire language they can conjure up. They appear to be nutjobs who, if one pays any attention to them at all, it is to snicker at them or shake your head in wonder.

So, my question is, are the current conservatives insane? Do they really believe what they are doing? Do they believe what they are saying? Or do they just not care? Do they know they are lying through their teeth and don’t even care if most sane people also know it, just as long as they whip up the base by throwing them more blood red meat? What is really going on here?

I actually do not know which choice is scarier. If these people don’t recognize the lies they are spewing and do not recognize the fact that they are, many times, contradicting their stated positions of two years ago or even two months ago just so they can go bonkers about how President Obama is destroying this country, that means that the lunatics are indeed in charge of a major political party. On the other hand, if everyone knows what they are doing and the reasons they are doing it, but don’t even care, that means that one entire political party has lost its ethical and moral compass.

So, which is it, do you think? And do these two choices even require an “either/or” answer? Can both be true at the same time? And is that possibility even worse than just only a single one?

If that “viable third party” is going to show up, I wish it would get on with it. I just do not know how long this country can go on with one of its two main political parties being insane.
Posted by zeppo at 8:51 AM