Washington Mutual (WaMu): a prime example of the greed and arrogance of our financial institutions. 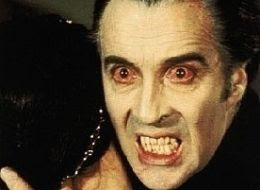 Every once in a while, a print newspaper actually does some fine investigative reporting. The Seattle Times is running a series on Washington Mutual, which started out as a local home loan business but eventually become one of the main dominoes that contributed to the economic meltdown of the last two years. It is unfortunate that the investigative reporting here is taking place AFTER all this had gone down. Investigating something that has already happened is much easier than investigating something that is currently going on which could have some significant downsides. However, that said, I would still highly recommend this series. Part 1 is here and Part 2 is here.

It’s (unfortunately) a very predictable story. WaMu started out as a small company that had firm principles and treated their customers and employees fairly. However, new management came in, took over, and decided that the only thing that mattered was to grow the company and make huge amounts of money, no matter what.

One very important instrument in how this was accomplished is known as an “option ARM.” Adjustable rate mortgages are iffy enough, if the borrower doesn’t understand what he is getting into. However, these loans came with additional choices. You could pay the entire monthly premium plus the interest, you could pay part of the premium, or you could even pay none of the premium. Heck, you could even pay only a portion of the interest due for that month. The outcome of anyone doing this, of course, is that the amount you owe the financial institution goes up, not down. And when the loan hits a certain benchmark, all options are cancelled and the borrower is stuck with essentially a fixed rate mortgage that has a much larger monthly payment than their original standard fixed rate loan.

All of these nasty little details were hidden in the fine print of the contract, of course. And because the mortgage brokers that WaMu used to sell these loans got very large commissions, they never felt a lot of pressure to tell the potential customer anything that might frighten them off. Rather, these loans were pushed as a great way to save money!

Read this little snippet from one of these stories in the Times:

WaMu did not reward brokers for getting its customers the best deal. Just the opposite. The worse the terms were for borrowers, the more WaMu paid the brokers.

Look at that again. WaMu knowing pushed a business model (through unregulated brokers) to sell their option ARM product to people who they knew could not afford the ultimate outcome. In a number of cases that are documented in these articles, a borrower ended up with a higher monthly payment from the same lending institution than with the original loan! That is unconscionable, in all senses of that word.

However, WaMu didn’t really care. They were making money hand over fist. One big reason they didn’t care is that these loans, which were very aggressively pushed, were also constructed to be sold as part of a package. That’s a very fine business model. They reap huge benefits for risky loans, but because they sell them as “investments”, they take none of the risk for these loans that they knew a large percentage of them would never be paid.

That is the face of today’s financial industry in America. That mindset is all that is necessary to believe that the CEO and upper management are deserving of huge bonuses, when their customers and their own company are going through very tough times. People cannot get out of mortgages they can’t afford. Working families are being evicted from the houses they have lived in for years. What might happen in the future was not a concern to the executives at WaMu, because that was in the future. The only thing that mattered was raking in as much cash as possible in as little time as possible.

Of course, this is the same description that can be applied to any pyramid scheme, where the only thing that matters is to be on top of the pyramid. By the time the entire thing collapses, you have yours and that’s all that matters.

I am always at a loss about how to wrap up a post on something like this. Some pithy insight, some clever reference… But it’s difficult to even contemplate the overwhelming greed and hubris. And, not only that, it's institutionalized greed! It was their business model, just as is the practice of canceling insurance policies of sick people, sometimes VERY sick people, just when they need financial assistance. "Why, that's required if we are to make money. Don't you want us to make money? You must be a socialist...."

This is the one of the faces of the current Republican Party. This is what Republicans stand for, and this is what they are fighting so hard to preserve in their battle against healthcare reform. They are for the top of the pyramid making as much money as they possibly can, by whatever means they can.

Why the other faces of the Republican Party, the fiscal conservatives and the family values Christians, put up with this, I have no idea. The financial institutions in this country are certainly not structured to benefit them.

Oh, yeah. Now I remember. Democrats and liberals are evil, are pro-terrorist and anti-American, and Obama isn’t an old white guy.
Posted by zeppo at 6:55 AM