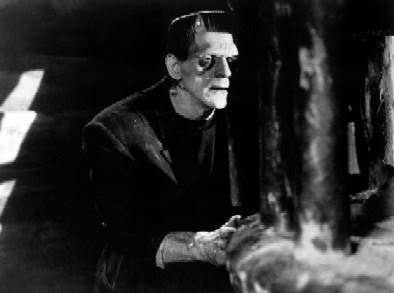 The 75-minute forum filled several sections of Furman University's Timmons Arena and attracted demonstrators, critics with handheld cameras, shouts of "traitor" and "Sotomayor" - and a smattering of supporters.

Graham repeatedly told those who shouted to "chill out," and addressed most of the hot-button issues that have rankled some in the state's conservative epicenter, including an op-ed column he co-authored this week with Democratic Sen. John Kerry of Massachusetts, which called for climate change legislation.

One man told Graham he had "betrayed" conservatism and made a "pact with the devil" by working with Democrats, and asked when Graham would switch parties.

Yes, well, I would surmise that the Beast that is the anger, racism and insanity that the Republican Party has used to their advantage over the last few years has been released and is now turning on its erstwhile master. It's angry and wants everyone to know it. It refuses to be placated by vague promises of future action. It wants its insanity RIGHT NOW, and refuses to take anything less. I hear that a lot of wingers are not very happy with Olympia Snowe for voting with the Democrats on a very watered down health care reform bill. I actually kind of feel sorry for her. I certainly don't agree with a lot of her positions on issues, but I do think she is a non-insane Republican who is actually trying to do the right thing. However, the Beast does not allow for disobedience to the cause. The Beast gets very unhappy with those who don't follow orders.

I hope the Republican party enjoys the next couple of years.